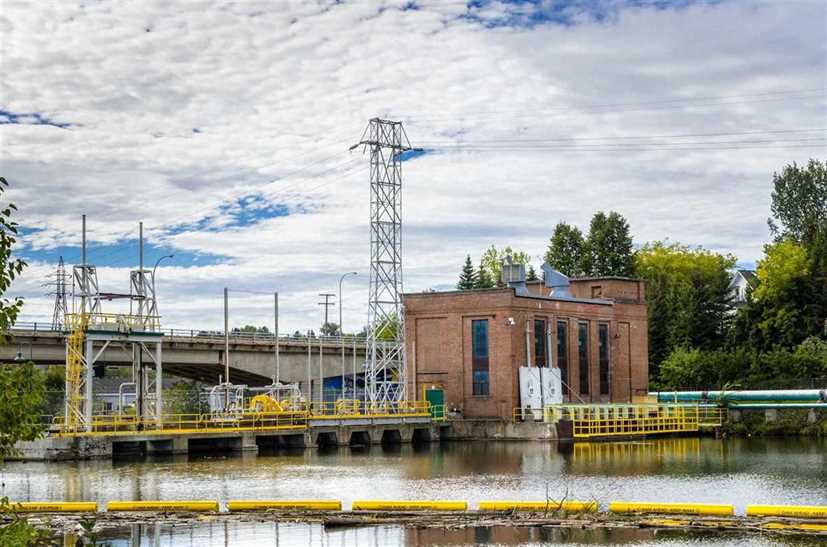 Long-time readers of the blog will know about our obsession with Canada’s aging electric infrastructure. In many parts of Canada, the biggest boom in electricity occured in the 60s and 70s, but Winnipeg had it’s own electrical boom in the early 20th century, when we were one of the biggest cities in Canada, prior to the completion of the Panama Canal. We were poised to be the transportation hub of North America, before enterprising businesses realized carving a canal through a whole country would be cheaper. At that time, our millionaires and upper class wanted fancy electric lights like they had in other big cities; to respond to this need, the City of Winnipeg created its own utility and build a power station on the banks of the Red: the Rover Station.

Today, the Rover Station remains in operation; it was built in 1911, so it’s 118 years old as of the writing of this article. It’s function is to transform energy provided by the Pointe du Bois generating station into lower-voltage energy that can be used by the city. Point Douglas and Elmwood are still powered by energy provided by the station, but as you can imagine, there are some serious safety issues in such an old building. The place is covered in asbestos, which at that time was seen as a wonderful material with no real disadvantages – we didn’t know about the serious medical problems it could cause. The equipment itself is also quite old; recently, a 4000 volt breaker exploded, sending a Hydro worker flying; they were relatively unharmed, because they had a bomb-proof suit on. Standard ware in such an old power station.

Manitoba Hydro would like to decommission the station. It’s a pretty dangerous spot, with live, high-voltage wires within grabbing distance, and cracks in the floors and ceilings. Decommissioning the station, however, is a costly endeavour; costly to the tune of over 12 million dollars. That’s just to get rid of the station; preserving it for historical purposes might be more costly. Then there’s the matter of replacing the station, and getting energy reliably to Point Douglas and Elmwood, another potentially costly affair. And that’s just the start.

Rover Station is a perfect example of how difficult it can be for provincial utilities to handle their infrastructure. The station was acquired when, in 2001, Manitoba Hydro acquired Winnipeg Hydro, the city-owned company that created the station. To decommission and replace aging infrastructure, Manitoba Hydro will have to invest billions of dollars. That’s one of the reasons that they’re asking for a rate increase in 2019; you can likely expect more rate increases over the next few years. They’re not the only electrical services company that will likely see increases over the next few years; most of Canada’s electrical infrastructure is getting older. You can mitigate some of these costs on yourself by reducing your electricity consumption, or by installing solar panels and generating your own electricity.