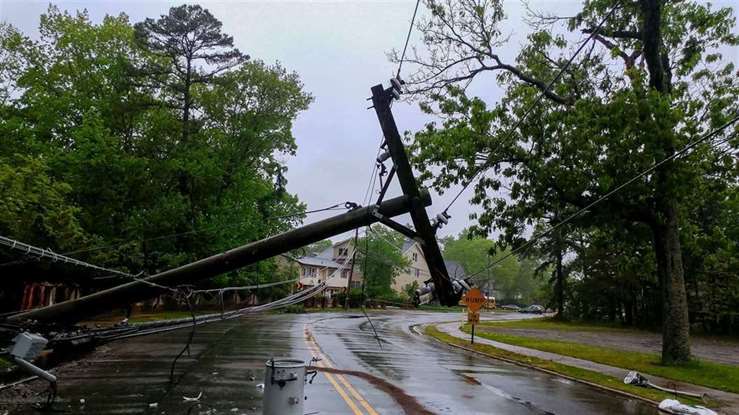 Modern life without a constant stream of energy would be its own disaster; hospitals would shut down, heating and cooling would cease to function, our information infrastructure would cease to be, food would rot, and everything would generally fall into chaos and disarray. All this means we must continue to find new, more sustainable ways of creating energy, as we now understand the environmental impacts of fossil fuels and other non-renewable energy sources. Energy extraction and use can have its own set of problems, requiring tight regulation; some modern energy disasters have destroyed their environments and caused serious financial damage, not to mention the loss of human life.

The Chernobyl nuclear disaster is perhaps the most well-known energy disaster in the modern era. Due to a combination of reactor faults and human error, an uncontrolled nuclear fission reaction occurred, flashing water into steam. The ensuing steam explosion and graphite fire killed two people almost immediately; updrafts from the fire propelled fission material into the air, killing 28 people in the ensuing days and months with acute radiation sickness. In 2011, a study showed another 11 thyroid related cancer deaths in children since the incident occured in 1986.

Deepwater was an offshore drilling rig, leased by BP to drill for oil in the Gulf of Mexico. On April 20, 2010, a bubble of methane gas shot through the protective mechanisms in the rig and exploded; the explosion killed 11 people and injured 17. Oil began to spill into the Gulf; an estimated 4.9 million barrels, covering a total of 180,000 square kilometres of the Gulf, were spilled. The spill is the largest accidental spill in history, with wildlife developing serious problems leading to heart defects and death in many species. Estimated costs to the Gulf of Mexico economies were in the tens of billions.

This particular failure, caused by overuse of India’s failing power grid, is remarkable in its scope; due to India’s massive population, and the failure of multiple portions of it’s grid, 620 million people, or about 9% of the world’s total population, went without power for at least a day. Grid failure affected the capital region, and commuters had to get off of trains, helped by emergency teams. Demand for electricity in India outpaced supply by 10.2%; investment in an updated power grid would nevertheless be extremely costly for the country of over 1 billion people.

Canadians remember this 2013 disaster well; a train carrying Bakken oil derailed and exploded, killing 47 people and causing millions of dollars in damages. This derailment caused Canadians to rethink the rail lines running through their communities, causing some to call for the removal of freight lines from urban areas.

These disasters wreaked havoc on the environment, on the economy, and most tragically on human life. Avoiding these catastrophes is difficult, but you can mitigate the effect on your household by being prepared. Always have an emergency kit available, and consider contacting a team of qualified electricians to install a backup power generator; should disaster strike, you’ll be glad you did.