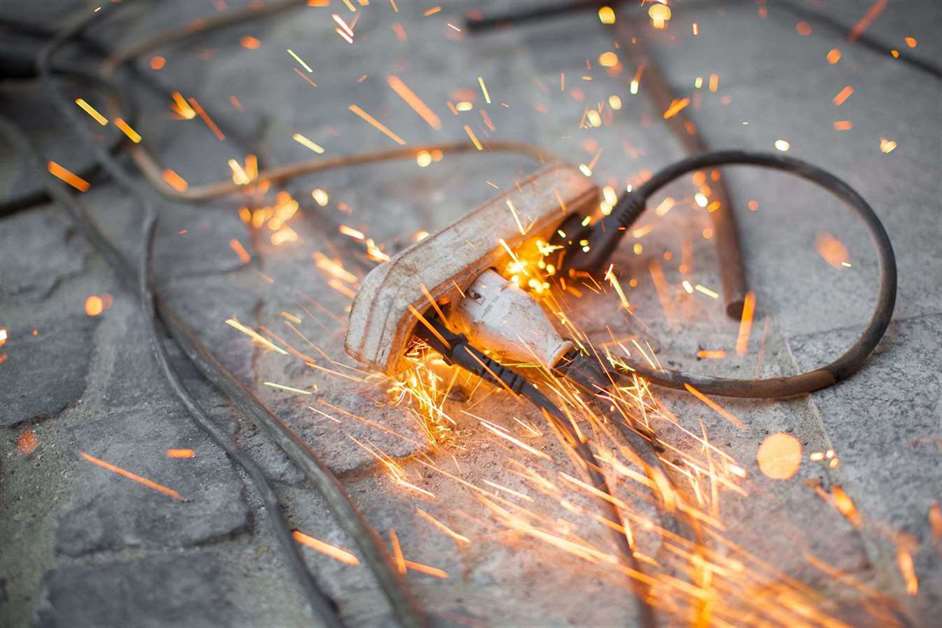 Ever had appliance stop working properly all of the sudden, the claimed it short-circuited? A short circuit is a term people use for almost any malfunctioning electrical device, but in the world of electricians, the term refers to a specific occurrence that’s somewhat commonly seen. Electricity flows; there are properties of this flow that differ from the way liquids and gases flow, but in other ways, it’s quite similar. The most important similarity to focus on for understanding short circuits is that electricity follows the path of least resistance, much as fluids do. A short circuit, then, occurs when a new path opens up to your electrical current that is shorter than it’s regular path, and thus has less resistance. The lowered resistance will cause more heat in the system, which can lead to nasty things like burns, fires and explosions. Check out this infographic for more information about preventing burns, shocks and fires.

There’s a wide variety of things that can cause short circuits because they occur any time the route the current takes it shortened. One common culprit is rodents and other vermin; they can chew through the casing, and when exposed neutral and live wires touch, a short circuit is caused. A faulty installation is another common source of the problem, and old appliances will commonly end up shorting as a result of wear and tear. No matter what the cause of your suspected short is, you should call a team of qualified electricians to take a look, as working with live wires is dangerous.

When your circuit breaker has been properly installed, a short will cause it to trip. This can help you locate the area of your home where the short has occurred, so long as you know which switch applies to which area of your home. You’ll want to check all of your power cords and outlets to see if there are any signs of fraying, damage or smoke; if there is, you have a good idea where the short might be. Turning off all the power then slowly turning on electronic devices until the breaker breaks again is another good way of deducing which items may be the culprits for the break. Should the cause be an appliance, getting it repaired or purchasing a new one is the way to go; should you find that no appliances are the cause, the culprit may be internal, and it’s absolutely time to call an electrician.

There can be dire consequences to short circuits. The risk of serious burns and electrical shocks from exposed wiring is enough on it’s own; when you consider that a severe short circuit can cause a fire in your home, it’s easy to see why the problem should be treated with urgency. Cutting off power to an area where there’s a suspected short circuit until electricians arrive is a good safeguard. According to the National Fire Protection Agency, an average of about 9000 fires per year were caused by electricity in the USA; stay safe, don’t risk a house fire, and call an electrician!