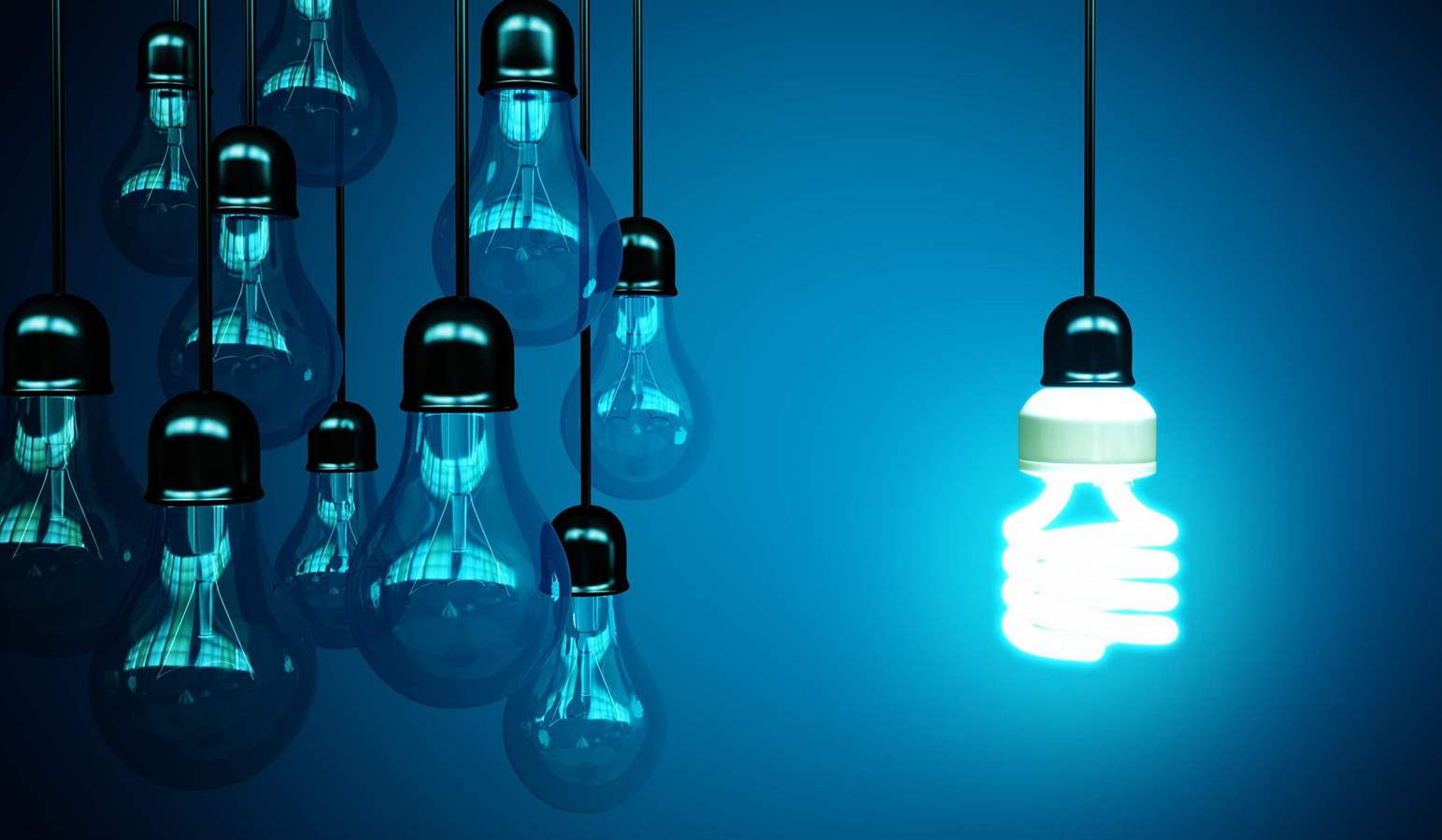 First, we need to look at the functioning of each bulb-type. Incandescent bulbs are fitted with a tungsten filament; the filament is quite small, creating a fair bit of resistance. This resistance causes the electrical current to heat up the tungsten filament until it’s “white hot”; literally so hot that it begins to emit white light. The glass bulb is then filled with an inert gas or a vacuum so the tungsten won’t evaporate.

Fluorescent bulbs work on a completely different premise, one that uses complex chemistry to produce light. First, a stream of electrons flows through a tube filled with mercury-vapor and argon. This electrical energy excites the mercury molecules as it bumps into them; when they become unexcited, they emit ultraviolet photons. The ultraviolet photons they emit collide with a phosphor coating on the inside of the tube; the phosphor the fluoresces, a term for when a substance absorbs radiation then re-emits it in the form of a lower wavelength light.

The key difference between the two light bulbs is how efficiently they use energy. An incandescent light bulb creates a great deal of heat in order to bring the filament to the temperature needed for it to emit light; they might emit about 15 lumens (a measurement of visible light) per watt. Fluorescent bulbs are much more efficient, emitting up to 100 lumens per watt, several times less energy for the same amount of light. This makes fluorescent lights the clear winner in terms of efficient energy use, which is of particular importance to areas that use coal or other carbon emitting fuel sources for power.

Fluorescent lights are not, however, without their disadvantages. They contain mercury, which is quite hazardous for human health, though they have relatively little of the substance. Care should thus be taken when disposing of fluorescent bulbs. The type of light emitted by the two sources is also very different; you’ve probably noticed how warm incandescent lights are compared to the cool look of fluorescent. That’s because when the phosphor fluoresces, it emits high-energy blue light; there’s research that indicates blue light can have negative effects on your sleep cycle.

It’s not hard to understand why the government banned incandescent lights; mitigating human impact on climate change is something that is more easily done by governing bodies. That said, it’s clear fluorescents have their downsides as well. No matter what kind of lighting you have in your home, if there’s ever an unresolved short circuit, Winnipeg electrical contractors are available to help you find the problem – and fix it.